So we start off with the cars of Storybrooke, Maine. As you can see, these beauties are oldies - one licence plate had the year 1974. Once again, time doesn't seem to move on.  The cars that were parked on the side roads had BC licence plates - the ones on the main road, Maine ones. 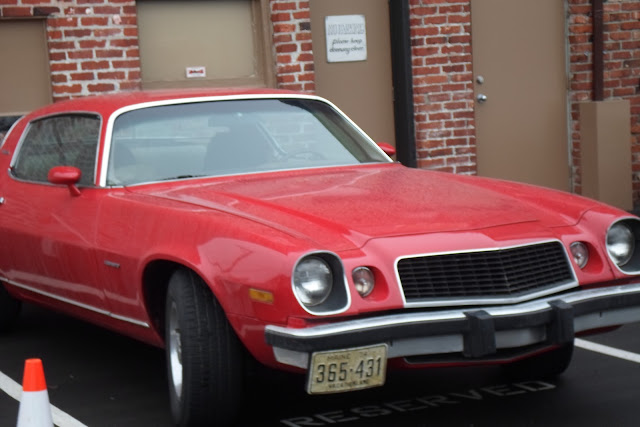 Most of the cars were just parked, so they would add realism to the scenes. My all-time favourite is this one, Cherry Red and all set for adventure. Nice, eh? 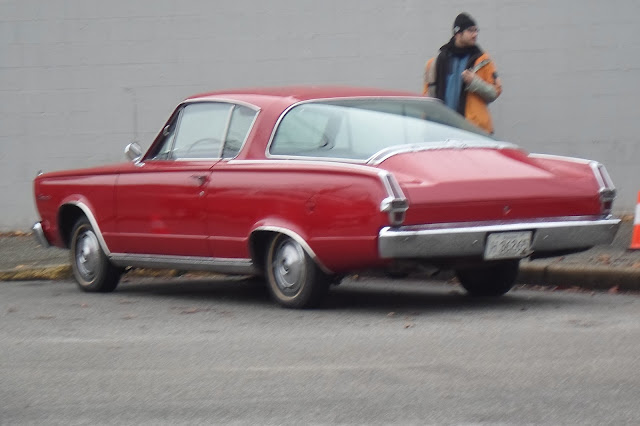 We are used to seeing the tow truck and Emma's yellow bug, but they weren't part of the action yesterday. 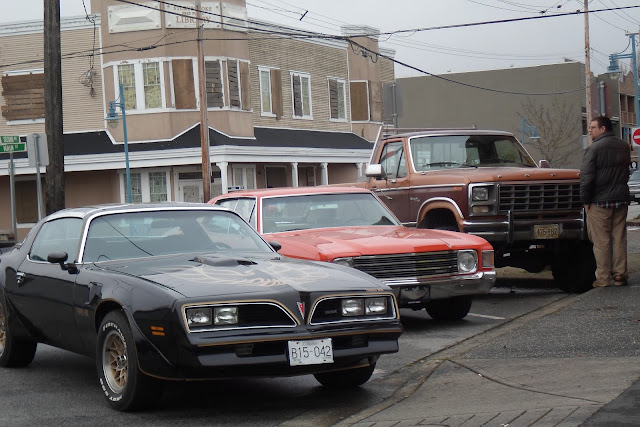 Then there was the rusty grey Pacer - not sure how old that one was, but it sure showed its age. Not that I can speak. 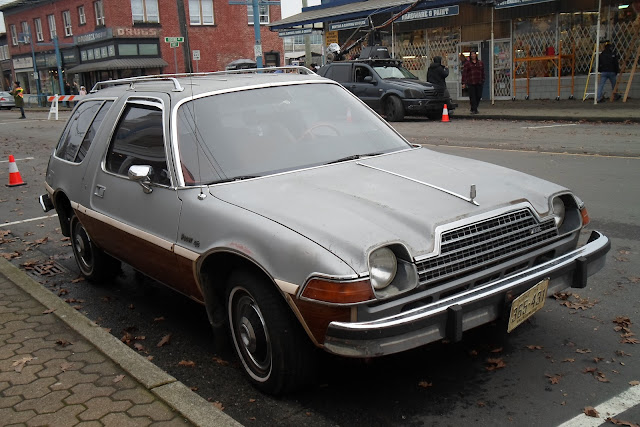 The woody station wagon was part of the action - it would drive up the road,
be in the way of the speeding cop car, causing the cop car to swerve off the road in a screech of brakes and continue its journey on the sidewalk for a little while, before careening around the corner and fishtailing. 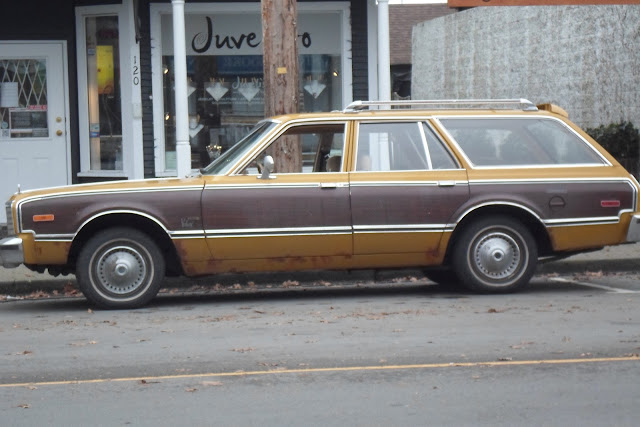 After the speeding car scenes were over, the started filming scenes on Moncton Street. and we had a pretty good view from the warmth of the coffee shop across the street. You can see the Sheriff's car parked sort of behind Dave's Fish & Chips - this car sure got a lot of action. I bet there'll be lots of new rubber tire marks on the pavement. 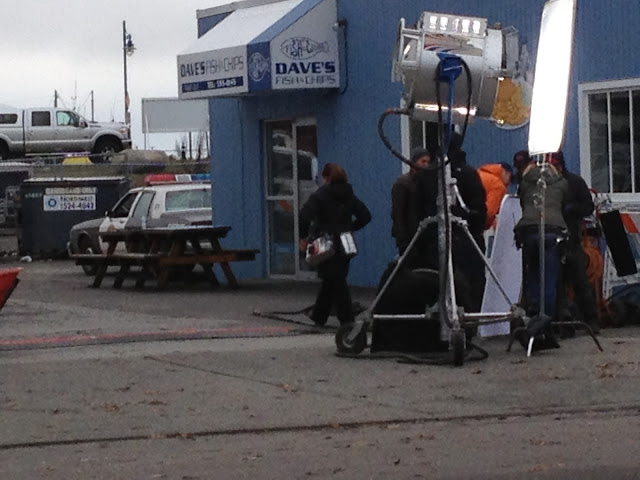 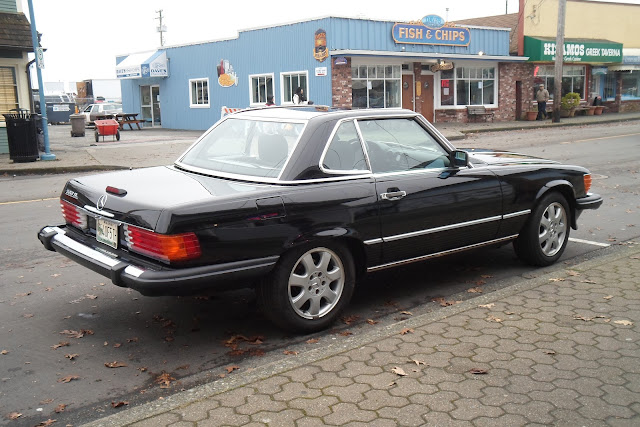 When she got out of the car, her bodyguard was right there - and once we found out he was her bodyguard, it was, of course, very obvious. Big hairy guy. Then another guy (he comes in our store lots to look at and buy yarn) brought her coat and helped her slip into it. Must be nice to be a beautiful star.
The second car was a snazzy bit of Mercedes Benz, which had a camera boom on top, called a Russian Arm. It would back up towards Regina's car, boom starting high and lowering slowly, until the camera on the end was in front of her open window. Very cool. Poor thing, she must have been freezing, because she did have her window open, and as you know, she wasn't wearing her coat. (At this time, we were inside the coffee shop, looking out the window, cozy and warm for the first time all day.)

Someone told us there are only 3-4 of these vehicles around, and of course they are very expensive. 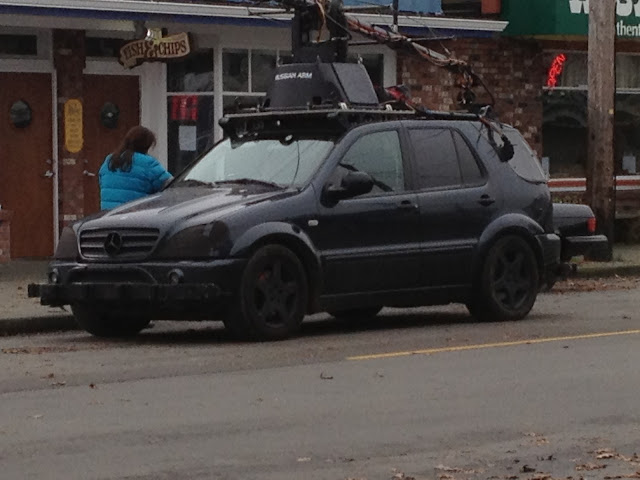 Anyway, I'll finish up with some more shots of Storybrooke.

Tamar
Most of my spare time is spent either telling yarns or knitting yarns....

Rumbly in my Tumbly

so call for pizza, please